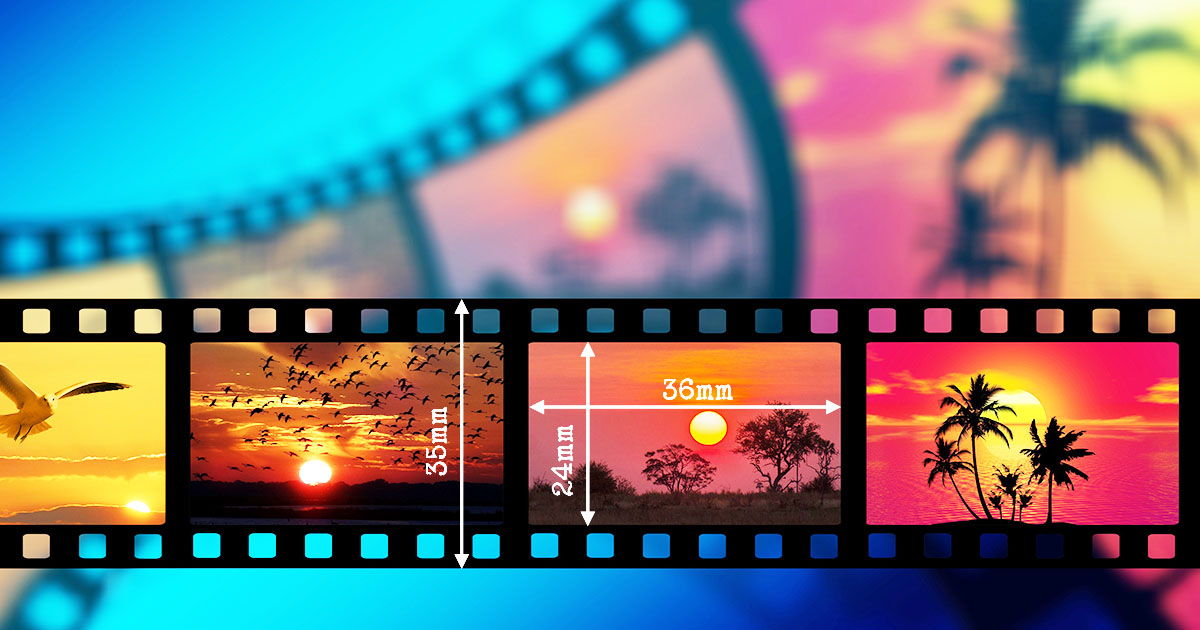 The ratio of images is an interesting field and there are a lot of discussions about it. But my original questions was simply why we are talking about 35mm film and why full frame sensors are 36mm x 24mm.

First of all we have to figure out why there is 35mm film and why it is called 35mm? To make a looong story short let's start with our famous inventor Thomas A. Edision. In 1887 the priest Hannibal Goodwin invented the nitrocellulose film - the first transparent, flexible film available. He did it to present his images for biblical teachings. But that's another story. Edision realized that flexible film is great for motion pictures and created the Kinetoscope - a kind of loop film system for one person. In this device he used film with a maximum of 35mm width and had to cut the delivered film (70mm) into half to fit his Kinetoscope. After some time the film supplier delivered the film already cutted to the specifications of Edison. Like usual, Edision claimed a patent for his 35mm film and it pretty soon became the predominant standard after he founded the Motion Picture Patents Company. By the way, the 35mm film format was introduced into photography later on - 1913 but became popular with the Leica camera in 1925. So here we go, we have 35mm film - even used for photography.

When looking at the 35mm film above you realize that the width of the film is 35mm. You have to remove the perforation on each side (around 5mm) and get a frame of 24mm. Taking the frame aspect ratio of 1.5 (3:2) you end up with a frame of 36mm x 24mm.

Why DSLRs use a different aspect ratio than digital compact cameras?

DSLRs are coming out of the still photography history and employ the ratio from 35mm film - 3:2. Digital compact cameras have been designed to match the computer display aspect ratios - 4:3 at the early times (VGA, SVGA, XGA).